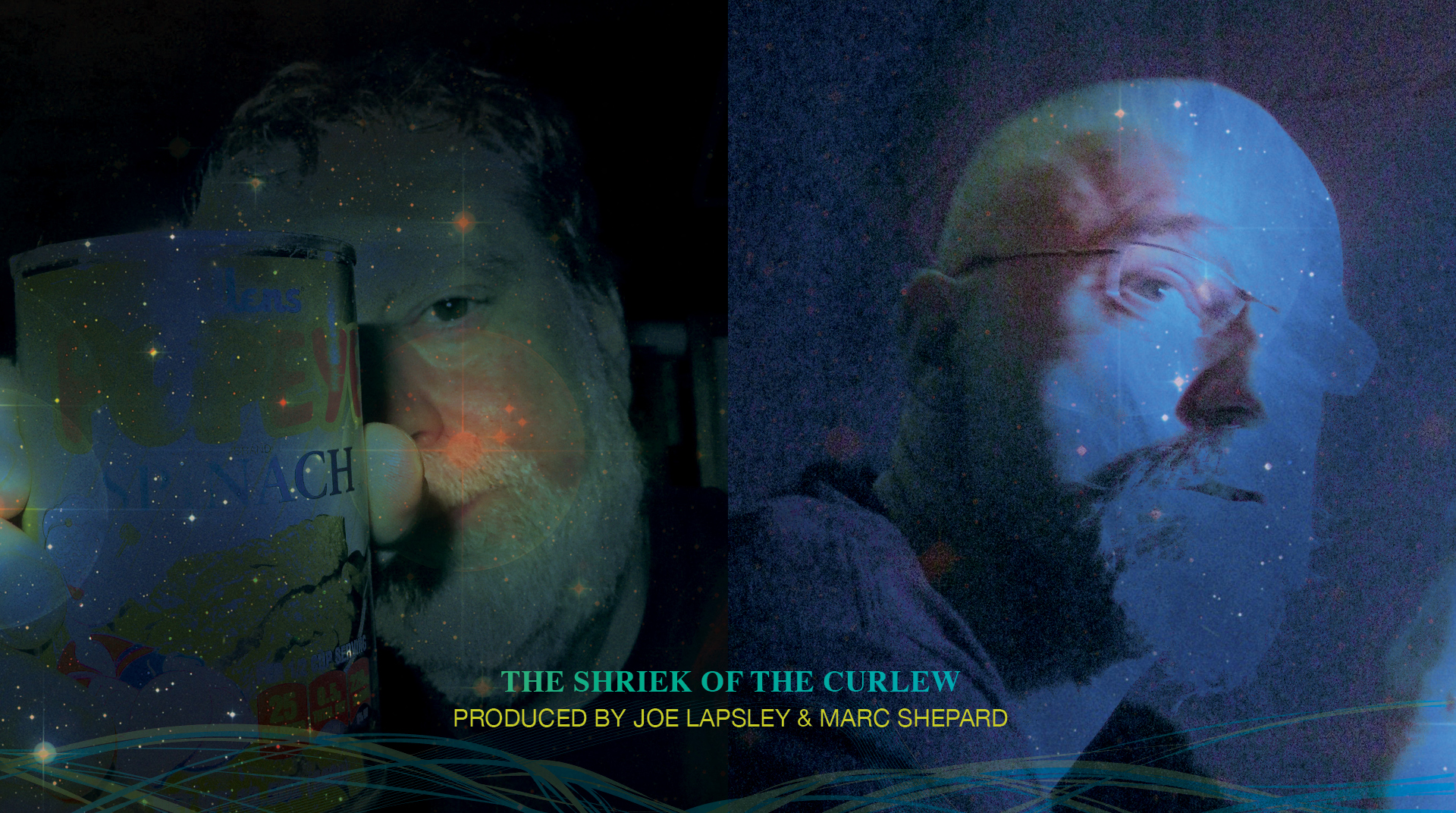 When I was in college, a long time ago, I took a poetry class. The professor said, “with your stuff you should write popular songs, not poetry.” Fair enough. I had been around poets some and the degree of perfectionism and self-criticism probably were a poor fit for my personality. Sex, drugs, and rock and roll was more in my wheelhouse at the time. But along with that ah, orientation I also had a love of history and commitment to understanding it as central to a decent society.  Fast forward many decades later and we have “Shriek of the Curlew”—my third solo album and my second with my music partner Marc Shepard, without whom this project would not exist in any meaningful sense.

In between then and now I was a member of “Neighborhood Texture Jam” –a Memphis band that is very dear to a major aspect of my sense of self. After moving to Chicago in the late 1990s to continue my graduate education in history I made my first solo album, “Songs Without Metaphors.” I also started taking guitar lessons with Gus Friedlander of Evanston, a relationship more of musical exploration than one that had much hope of raising my playing to any particularly virtuosic level.

For me music is like a dark world within which I have a little penlight to cast about and try to understand.  As each week, month, or year goes by I try to learn something and apply it in a song.  In the case of this album, “Shriek of Curlew” that period was about seven years.

I teach history for a living, which may be apparent from this album. I even use some of these songs to teach college history courses. There is a “schoolhouse rock for adults” element to it. That’s why many of the songs have footnotes.  If music is honest people write about their passions. Many of mine are apparent on “Shriek of the Curlew.”

In addition to Marc I would like to thank all the other contributors: Heather, Maurice, and of course Jana Measells, who didn’t know about Neighborhood Texture Jam when she first met me, but stayed anyway despite that revelation. She is my life partner. Lastly, I would like to thank James and Carla, who are large souls that work to make music and culture something that brings people together in a positive way that extends beyond their own band, “Whitewolfsonicprincess.” James and Carla live right around the block from us in Evanston. Marc used to live in Evanston as well, but “Shriek of the Curlew” was recorded in his home studio in Oberlin, Ohio. So there is a community element to bringing this album forth. Any shortcomings, however, are course my responsibility.