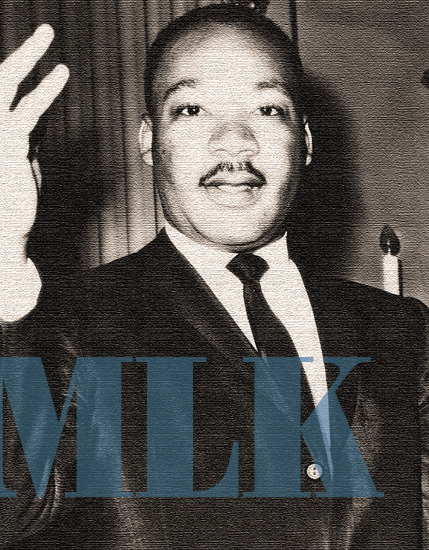 I’m the breadwinning man of my suburban house
I’m entitled to the New Deal, Fair Deal2,
No coddling, no handouts,
no Negroes anywhere near my house3
My dinner time prayer over red meat
I want law and order on my street
We need law and order instead of,
Pointy-headed liberals for the poor
don’t tax my hard-earned money
Cause I’m not going to pay!

White Backlash! Have your say4
Cause in the twenty-first century it won’t be this way
The future will be ours when you’re a reactionary grump
Part of an angry white-male rump
Stop with your narcissistic spiel
White privilege entitled you to that deal
“Colorblind”5 is just a distraction
from the history of white male affirmative action

In “Why We Can’t Wait” by MLK6
Listen to what he had to say
“The dispossessed of this nation- the poor, both white and Negro- live in a cruelly unjust society. They must organize a revolution against that injustice”
We’re not struggling for vague, abstract rights,
but for concrete improvement in our way of life7

1A quote from a former slave about Ante-bellum slave-owners, from “Unchained Memories.”
2In the fifteen years or so following WWII, millions of Americans, overwhelmingly white males, received government-backed mortgages for little money up front for single-family suburban homes. Far from the government being “on their backs,” it was under their feet. The most recent account of this process of racial segregation in federal housing benefits is The Color of Law by Richard Rothstein http://books.wwnorton.com/books/The-Color-of-Law/.
3These mortgages were “redlined” by the federal government, restricting these suburbs to whites only.
4The second voice points out the fallacies of the reactionary white male suburbanite.
5Beginning in the 1970s, as the bald racism of earlier conservative viewpoints, as expressed in places like the National Review, had become less acceptable in polite company, “colorblind conservatism” was promoted as supposedly non-racist conservative perspective. Conservatives claimed to support “formal equality.” They argued, therefore, that only racists talked about race: supporters of the Black Freedom movement and progressives more generally. This approach became the backbone of white reactionary discourse on race: the Reagan administration, Fox News, and beyond.
6The third section offers Martin Luther King Jr.’s warnings from around 1963 that failure to make concrete progress against both racial inequality, and economic justice more broadly for the whole society, would lead to catastrophic results.
6“vague, abstract rights” is a reference to “formal equality”—meaning that citizens are equal in principle, regardless of their actual opportunities and standards of living—basically the same as “colorblind conservatism,” all of which he rejected necessary but insufficient. “Concrete improvement” refers to actual steps to produce jobs, housing, education for the historically marginalized and excluded.