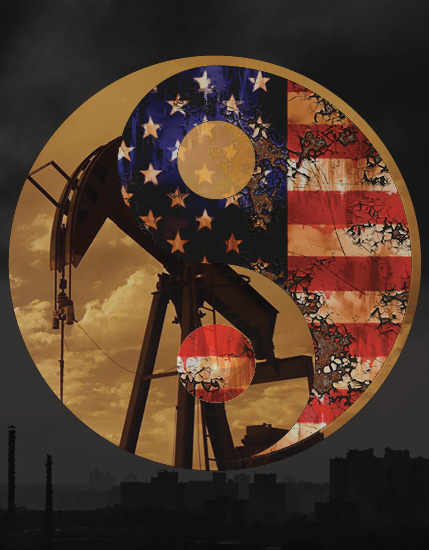 With a /pulsating heart of more than adequate blood flow
fossil fuel pumping methane burn-off night glow
drill baby drill2, what God put it there for
Viagra stiffened shaft driving down to the core

1It should be obvious that this is a satire of right-wing American political culture, not a campaign song for reactionary extremists. In an era in which an ignorant and deeply unprincipled hotel magnate can become president, however, that distinction may be lost on many.

2“Drill Baby drill!” A cry of one-time Vice-Presidential candidate Sarah Palin’s. One of her many contributions to planetary irresponsibility.

3 Michelle Bachman, a one-time Republican politician and a lead practitioner of a right-wing, uninformed word-salad brand of politics, once explained that Paul Revere rode from Boston to Concord, New Hampshire (not Concord, Massachusetts where he actually went) to warn the British to go away (not warn the Americans that the British were coming, which is what Revere actually did). To be a conservative in the U.S. arguably requires a delusional view of the past, but Bachman even confused a basic legend of patriotism.

4Charleton Heston’s famous quote when he was president of the National Rifle Association.